9/11 perception of the world, a generation 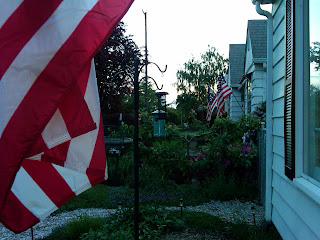 The morning of September 11, 2001 was cool, clear, and bright 3,000 miles away in Washington state. I first heard the news from the other two moms as we walked the kids to school. Mara was in 2nd grade and Elle had just started kindergarten. Their reports were concise and factual, their husbands were both in lock down, one an FBI agent and the other military.


I scanned the news all morning trying to make sense of it all, watching the footage of the impact over and over again. After Elle got home I tried to not watch it, but she saw enough. By the time we walked to pick up her sister after school she had a firm grasp of the situation. She walked up to Mara and told her, "they meant to do that, fly into the buildings. They meant to kill all those people. They planned it and they knew what they were doing."

I will never forget watching her and realizing that moment changed her perception of the world forever.

A few days later I spoke with a friend on the east coast, she had not gone into the city that day for work but worked from home. She recounted for me the images she saw over the next several days in the city. I think of her each year at this time.

Several years later we moved across town. Our neighbor had lost his brother-in-law, a fire fighter, on 9/11. The man's daughters were the same ages as Mara and Elle. I think of our neighbor and those girls each year at this time.

As the years pass and 9/11 finds its place in history, I try and remember the individual people whose lives were affected that day. I was changed that day.